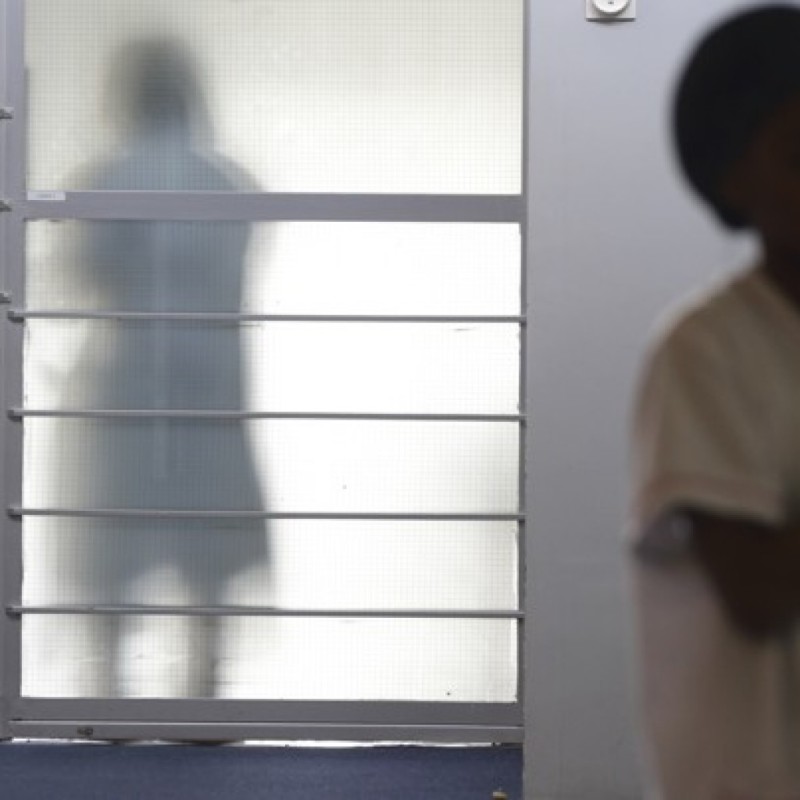 A misguided attempt to improve healthcare has led some hospitals to focus on making people happy, rather than making them well.

When healthcare is at its best, hospitals are four-star hotels, and nurses, personal butlers at the ready—at least, that’s how many hospitals seem to interpret a government mandate.

When Department of Health and Human Services administrators decided to base 30 percent of hospitals’ Medicare reimbursement on patient satisfaction survey scores, they likely figured that transparency and accountability would improve healthcare. The Centers for Medicare and Medicaid Services (CMS) officials wrote, rather reasonably, “Delivery of high-quality, patient-centered care requires us to carefully consider the patient’s experience in the hospital inpatient setting.” They probably had no idea that their methods could end up indirectly harming patients.

Beginning in October 2012, the Affordable Care Act implemented a policy withholding 1 percent of total Medicare reimbursements—approximately $850 million—from hospitals (that percentage will double in 2017). Each year, only hospitals with high patient-satisfaction scores and a measure of certain basic care standards will earn that money back, and the top performers will receive bonus money from the pool.

Patient-satisfaction surveys have their place. But the potential cost of the subjective scores are leading hospitals to steer focus away from patient health, messing with the highest stakes possible: people’s lives.

The vast majority of the thirty-two-question survey, known as HCAHPS (Hospital Consumer Assessment of Healthcare Providers and Systems) addresses nursing care. For example, in a section about nurses, the survey asks, “During this hospital stay, after you pressed the call button, how often did you get help as soon as you wanted it?”

This question is misleading because it doesn’t specify whether the help was medically necessary. Patients have complained on the survey, which in previous incarnations included comments sections, about everything from “My roommate was dying all night and his breathing was very noisy” to “The hospital doesn’t have Splenda.” A nurse at the New Jersey hospital lacking Splenda said, “This somehow became the fault of the nurse and ended up being placed in her personnel file.” An Oregon critical-care nurse had to argue with a patient who believed he was being mistreated because he didn’t get enough pastrami on his sandwich (he had recently had quadruple-bypass surgery). “Many patients have unrealistic expectations for their care and their outcomes,” the nurse said.

Joshua Fenton, a University of California, Davis, professor who conducted the study, said these results could reflect that doctors who are reimbursed according to patient satisfaction scores may be less inclined to talk patients out of treatments they request or to raise concerns about smoking, substance abuse, or mental-health issues. By attempting to satisfy patients, healthcare providers unintentionally might not be looking out for their best interests. New York Times columnist Theresa Brown observed, “Focusing on what patients want—a certain test, a specific drug—may mean they get less of what they actually need. In other words, evaluating hospital care in terms of its ability to offer positive experiences could easily put pressure on the system to do things it can’t, at the expense of what it should.”

As a Missouri clinical instructor told me, “Patients can be very satisfied and dead an hour later. Sometimes hearing bad news is not going to result in a satisfied patient, yet the patient could be a well-informed, prepared patient.”

How far will a hospital go to satisfy a patient? Recently, some have rushed to purchase extra amenities such as valet parking, live music, custom-order room-service meals, and flat-screen televisions. Some are offering VIP lounges to patients in their “loyalty programs.”
And because almost every question on the survey involves nurses, some hospitals are forcing them to undergo unnecessary nonmedical training and spend extra time on superfluous steps. Perhaps hospitals’ most egregious way of skewing care to the survey is the widespread practice of scripting nurses’ patient interactions. Some administrators are ordering nurses to use particular phrases and to gush effusively to patients about both their hospital and their fellow nurses, and then evaluating them on how well they comply. An entire industry has sprouted, encouraging hospitals to waste precious dollars on expensive consultants claiming to provide scripts or other resources that boost satisfaction scores. Some institutions have even hired actors to rehearse the scripts with nurses.

In Massachusetts, a medical/surgical nurse told The Boston Globe that the scripting made her feel like a “Stepford nurse,” and wondered whether patients would notice that their nurses used identical phrasing. She’s right to be concerned. Great nurses are warm, funny, personal, or genuine—and requiring memorized scripts places a needless obstacle in their path.

The concept of “patient experience” has mischaracterized patients as customers and nurses as automatons. Some hospital job postings advertise that they are looking for nurses with “good customer-service skills” as their first qualification. University of Toledo Medical Center evaluates staff members on “customer satisfaction.”

By treating patients like customers, as the nurse Amy Bozeman pointed out in a Scrubs magazine article, hospitals succumb to the ingrained cultural notion that the customer is always right. “Now we are told as nurses that our patients are customers, and that we need to provide excellent service so they will maintain loyalty to our hospitals,” Bozeman wrote. “The patient is NOT always right. They just don’t have the knowledge and training.” Some hospitals have hired “customer-service representatives,” but empowering these nonmedical employees to pander to patients’ whims can backfire. Comfort is not always the same thing as healthcare. As Bozeman suggested, when representatives give warm blankets to feverish patients or complimentary milkshakes to patients who are not supposed to eat, and nurses take them away, patients are not going to give high marks to the nurses.

More disturbing, several health systems are now using patient satisfaction scores (likely from hospitals’ individual surveys) as a factor in calculating nurses’ and doctors’ pay or annual bonuses. These health systems are ignoring the possibility that health providers, like hospitals, could have fantastic patient satisfaction scores yet higher numbers of dead patients, or the opposite.

On the nursing blog Emergiblog, one nurse reported that at a hospital that switched its meal service to microwaved meals, food-service administrators openly attributed low patient scores to nurses’ failure to present and describe the food adequately. It is both noteworthy and unsurprising that the hospital’s response was to tell the nurses to “make the food sound better” rather than to actually make the food better.

This applies to scripting, too: It does not improve healthcare, but makes it sound better. The University of Toledo Medical Center (UTMC) launched an entire program based on patient satisfaction, iCARE University, which mandated patient satisfaction course work and training for every university student and employee. “Service Excellence Officer” Ioan Duca told a publication sponsored by Press Ganey, a company that administers the surveys for hospitals, “I am really focused on creating a church-like environment here. We want a total cultural transformation. I want that Disney-like experience, the Ritz Carlton experience.”

But hospitals, too, can offer poor care and still get high patient-satisfaction ratings, and an alarming number of them do. I examined Medicare’s provider data for thousands of hospitals—the data on every hospital in the country that the agency makes publicly available. I found the hospitals that perform worse than the national average in three or more categories measuring patient outcome. These are hospitals, in other words, where a higher number of patients than average will die, be unexpectedly readmitted to the hospital, or suffer serious complications. And yet two-thirds of those poorly performing hospitals scored higher than the national average on the key HCAHPS question; their patients reported that “YES, [they] would definitely recommend the hospital.”

UTMC is a good example of how an emphasis on patient satisfaction does not make for better care. At the time of this writing, according to government data on hospitals’ rates of readmissions, complications, and deaths, UTMC appeared to be among the worst performers in the state, if not the country. UTMC has higher than average rates of serious blood clots after surgery, accidental cuts and tears from medical treatment, collapsed lungs due to medical treatment, complications for hip/knee replacement patients, and, more generally, “serious complications.” In addition, UTMC made headlines in 2013 when, during a transplant operation, hospital staff threw away a perfect-match kidney that a patient was donating to his sister.

But research has shown that hiring more nurses, and treating them well, can accomplish just that. It turns out that nurses are the key to patient satisfaction after all—but not in the way that hospitals have interpreted.

A Health Affairs study comparing patient-satisfaction scores with HCAHPS surveys of almost 100,000 nurses showed that a better nurse work environment was associated with higher scores on every patient-satisfaction survey question. And University of Pennsylvania professor Linda Aiken found that higher staffing of registered nurses has been linked to fewer patient deaths and improved quality of health. Failure-to-rescue rates drop. Patients are less likely to die or to get readmitted to the hospital. Their hospital stay is shorter and their likelihood of being the victim of a fatigue-related error is lower. When hospitals improve nurse working conditions, rather than tricking patients into believing they’re getting better care, the quality of care really does get better.

Instead, hospitals are responding to the current surveys and weighting system by focusing on smiles over substance, hiring actors instead of nurses, and catering to patients’ wishes rather than their needs. Then again, perhaps it’s no wonder that companies are airbrushing healthcare with a “Disney-like experience,” a glossy veneer. One of the leading consulting companies now advising hospitals on “building a culture of healthcare excellence” is, oddly enough, the Walt Disney Company.